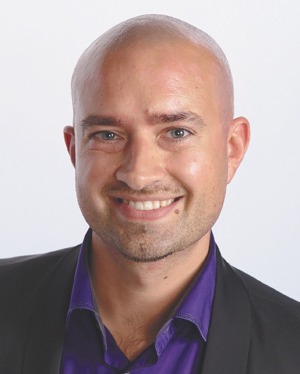 Taking his first stab at seeking elected office as an MP for the riding of Bow River, independent candidate Andrew Kucy believes being unencumbered by the baggage of partisan party politics in Ottawa will resonate with voters.

“I’ve discussed politics and world events for years with family and friends. With the redistributed riding boundaries a new MP for Bow River will be sent to Ottawa following this election. I want to be that representative and bring an alternative perspective to federal politics.”

A Langdon resident along with his wife, Kucy has not run for federal office previous to the 2015 federal election campaign. A professional engineer in the oil and gas sector in Calgary, Kucy has a degree in chemical engineering from the University of Alberta and has worked as a project engineer with various companies for almost a decade.

“I am very disappointed with the negativity and uncompromising attitude of Harper and his entire government body,” said Kucy.
“The focus of the Conservatives on fear — fear of niqabs, fear of terrorists, fear of action on climate change destroying our industries — as a motivating force is harmful to our social cohesion and disrespects the values which made Canada a previously well-regarded country on the world stage.”

For Kucy, key issues being faced by the riding include agriculture (water use and conservation, access to international markets, reducing red tape for exports to the US), the economy and jobs (tax rate changes, EI, the changing nature of many jobs from full time to contract or part time), climate change (and its effects on agriculture), senior and child care (lack of facility spaces, increasing costs, uncertainty about funding assistance from government, demographic changes), retirement security (CPP reform, TFSAs, low saving and interest rates), veterans (funding cuts to veterans offices and pensions, lack of mental health assistance and access), and security and privacy (C-51, attacks on ISIS, refugees, C-24, and youth radicalization).

“Alberta and Western Canada have a wealth of natural and human resources which contribute to the strength and economic success of Canada,” said Kucy.

“Alberta is a more diverse province than many Canadians realize and we need new voices at the federal level to represent that diversity and show the rest of Canada how we have changed and grown over time.”

“Due to the physical size of the riding it is a significant challenge to get to all the Bow River communities in the limited time before election day. I am developing a website (votekucy.ca) and am active on Twitter (@AndrewKucy) and Facebook (Vote Kucy). With more and more people accessing information online I want to make it easy for residents in Bow River to find my message and learn more about me as a person and a politician.”

During the campaign, Kucy has attended all candidate forums in Brooks, Strathmore, Taber, Vulcan and Chestermere.

“The most important parts of my independent platform include encouraging safe and environmentally responsible methods of extracting and moving our resources, increasing investments by all levels of government and private companies in the riding, and ensuring that our water resources — lakes, rivers, irrigation networks, aquifers, wells — are utilized efficiently and conserved for future generations.”

Kucy views himself as representative of all Canadians, rather than regional or other divisions.

“I was born and raised in Edmonton, lived in Calgary for a number of years, and now call the hamlet of Langdon my home. I have also travelled extensively throughout my life and that diverse set of experiences has given me an understanding of people across Canada and the world. As an MP I am first and foremost a representative of my constituents, but we are all Canadian citizens and need to work together to advance our country and society.”

Surprising results from the provincial election this spring could potentially make an impact on voting patterns in Alberta on Oct. 19, according to Kucy.

“With the change in government witnessed this year in Alberta voters across the country have been reminded of their power with respect to voting and forcing change if we work together. Alberta voters are also cognizant of the importance of voting wisely and choosing the best candidate to represent their values and ideas for the future.”

As an independent, Kucy promised to forge a non-partisan relationship with other parties in Ottawa that will be to the benefit of the people of Bow River.

“As an independent candidate I will represent and advance the interests of Bow River in a way that none of the other candidates are able to. I am willing and want to work with all parties in a collaborative and positive way. I ask all residents of Bow River to give an alternative candidate and perspective a chance, as we need more diverse voices in Ottawa to challenge the status quo.”

Kucy asked voters to get engaged in the democratic process on Oct. 19, even if you don’t choose to support him at the ballot box.

“I’d like to say thank you to the paper staff and readers for giving me a chance to discuss my platform and ideas. I look forward to your support and vote on October 19th. And most importantly, please vote.”

The campaign for Bow River currently features six other candidates, including Martin Shields for the CPC, Lynn MacWilliam for the NDP, Rita Fromholt for the Green Party, William Alexander for the Liberal Party of Canada, Frans VandeStroet for the Christian Heritage Party, and Fahed Khalid for the Democratic Advancement Party of Canada.