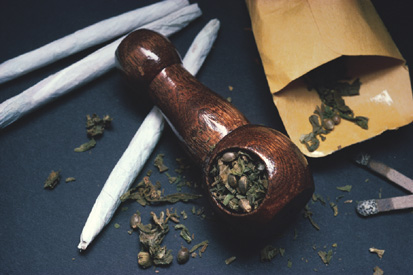 Economic investment from retail cannabis has been sweeping through the province’s towns and cities, but Taber’s residents have been kept guessing for more than a year about when the municipality’s first cannabis storefront will be opening its doors.

While plans and applications are now in the works from several parties — including a tentative opening date from one entrepreneur — hard details haven’t been forthcoming from the Alberta Gaming, Liquor and Cannabis Commission (AGLC) about when a license could be approved for Taber.

“Essentially, AGLC has two applications for retail locations in Taber,” said AGLC communications manager Heather Holmen in late October. “I can’t disclose any details about the applications or confirm if they will be approved (but) AGLC will not issue a retail cannabis licence to an applicant that has not obtained municipal approval.”

On the municipal front, more solid details are being divulged on proposals and locations but the Town of Taber is relegated to the same waiting game as citizens and applicants with the AGLC once a local business license permit has been approved.

“So far, we’ve actually approved three cannabis retail outlets,” said town planning director Phyllis Monks. “Two of them were way, way back in October (2018) and we’re still waiting to see how their AGLC process goes, and then one was just recently, a Direct Control that went to council and was approved.”

Monks explained the various locations that have already been given the green light by the town and are waiting for their pending AGLC license approvals.

“One is in our downtown district, the Taber Bakery location, and one was proposed for the existing vape shop — I think they were planning on building a new vape shop, and then put the cannabis retail in the vape shop, but I’m not sure if they’ve solidified those plans yet. And then the third one will be just in the car wash across the highway. I think they’re all kind of still going through the AGLC process, and then once that’s done they’ll come back to us and we’ll formalize and finalize their application.”

The vape shop location mentioned by Monks is at 5014 46th Avenue, and according to town development documents, will be called Bridge Bud Supply Ltd. A current retail location on Mayor Magrath Drive in Lethbridge operates under the same name. The former Taber Bakery location, at 5314 49th Avenue, has a tentative opening date of Dec. 1 targeted, and according to sources will be known as Harvest Bud Supply.

Critically, as of Nov. 5, the AGLC still has no approved retail cannabis licenses for Taber listed on its website or the current pending application list. There are currently 317 licensed retail outlets across the province, including 11 in Medicine Hat and 15 in Lethbridge.

“I did touch base with them (AGLC) to see how long the process was taking, but of course they couldn’t talk to me about specifics,” said Monks. “We were hoping, and we kept waiting, thinking surely by now one of ours will get approved. I think the original two that we approved were into AGLC way back last October or November.”

Not long after legalization in October 2018, cannabis shortages prompted the AGLC to issue a moratorium on the approval of further retail cannabis applications. The moratorium was lifted in May 2019, but the AGLC has been working through a large number of backlogged and new applications.

Some areas in Taber are zoned Direct Control (DC), which requires a decision of council for approval of certain business licences.

“Depending on where they are, the only reason they would get approved by council is if they were in a Direct Control, so that has to go directly to them. And then if it’s just in a regular discretionary location, it goes to the Municipal Planning Commission. They’ve (cannabis retail applicants) all gone through the process, and three have been approved,” said Monks.

More important from a municipal revenue perspective as well as the value-added benefit of jobs, Monks reports the town has seen some interest from investors regarding potential cannabis production facilities.

“We’ve seen a bit of interest, and we’ve had some people contacting us, and of course we’ve got that in our permitted uses in our industrial district, so I think we’ll see that heating up because we’ve had some conversations, and some interest. It’s our intention, or our hope, that we’ll get some of that stuff pushed through. Maybe there’ll be some announcements in the next little bit, but I don’t know. We don’t have anything finalized yet, like a development permit. We’ll just keep hoping, any new business is good for the town.”

While Monks expects there to be a correction if the number of cannabis production and retail facilities eventually outpace demand and oversaturate the market, she predicts the reverse to be true if our southern neighbours eventually choose to jump aboard the cannabis bandwagon.

“How much more can we accommodate, or how much more will happen? I think if something happens on the edibles front, government-wise, I think we’ll see another spur because people will be looking at some different options then, especially if the rumour keeps going around that the U.S. is also going to legalize it, because then people here are going to want to be at the forefront of that.”

Cannabis extracts, edibles and topicals were legalized on Oct. 17, 2019, and expected to attract a new ready source of buyers, both among existing users and new cannabis-curious users.

Proving themselves to be no friends of the cannabis industry in the lead-up to legalization in October 2018, present town council would launch an anti-legalization campaign through the Alberta Urban Municipalities Association (AUMA) and passed a series of restrictive land use, zoning and licensing regulations.

That hard line now appears to have softened with the town recently moving to loosen some zoning restrictions and launching a promotional campaign to attract cannabis investment.

“We certainly get the calls, and we’re doing everything we can to help people figure out how they can make things work,” said Monks. “I think council has certainly been more receptive to things. I think they went through their whole due diligence, and I think they’re now at the point where they’re just accepting and supportive, and it’s good.”

According to recent data released by Statistics Canada, retirees and Canadians aged 65 and older are rolling up the cannabis sales, and fast. The national statistical agency reported seniors are the fastest-growing group of cannabis users, increasing from 40,000 users in 2012 to 400,000 today. Older consumers have shown the largest increase in legal purchases over the last year.