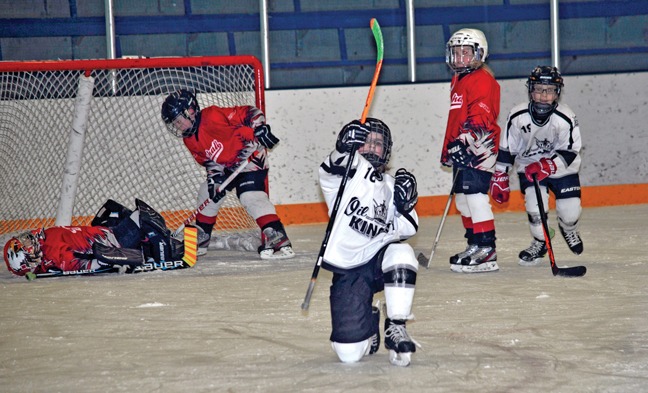 Taber novice 2 Oil Kings won both of its games over the weekend in minor hockey play.
The first victory was an 8-2 win over Crowsnest Pass.

Sam Tolsma had the hat trick and Hayden Span recorded two goals to go with an assist. Evan Koizumi, Devin Loewen and Kayden Kress all had singles. Zachary Fehr earned the win in net.
The novice squad followed up with a 9-3 win over Vauxhall on Sunday.

Nathan Planger had the hat trick and Span had two goals to go with an assist. Rex Bell notched two goals and Koizumi had a goal and an assist. Tolsma rounded out the goal scoring. Langdyn Cummins and Tage Jensen recorded assists. Kress earned the win in net.

PEEWEE: Taber peewee ‘A’ Oil Kings split a pair of games over the weekend.

The first was a road loss to Okotoks on Saturday in a 7-5 decision.

The team proceeded to beat High Country 10-4 at the Taber Arena on Sunday.

The team is off to a tournament in Coaldale this weekend.

BANTAM: Taber bantam Oil Kings earned victories in both of its games over the weekend.

The Oil Kings proceeded to beat Okotoks on Sunday 7-2.