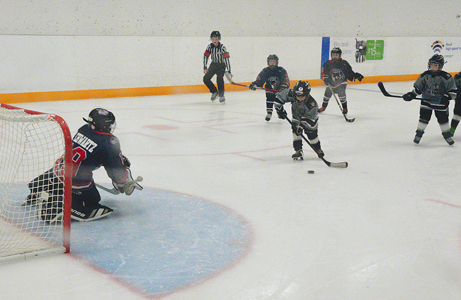 Nixen Miller had the hat trick and an assist. Dane DeGraw had two goals and two assists. Duell Cruz had two goals. Rounding out the goal scoring was Lincoln Wiebe with a single and four assists and Delphin DeBoer having a single and two helpers.

Sunday’s slate featured an 8-6 win over Bassano on the road.

ATOM B: Taber Oil Kings suffered two losses over the weekend, starting off with a 10-4 loss to Raymond on the road on Friday.

Nathan Gensorek and Burke Hyland both had had two goals apiece.

The team then traveled to Pincher Creek on Sunday and had a 14-4 loss to the Chinooks.

James Ruggles had two goals and Julian Woordman and Mikaelah Clingman had singles.